Okay, so I’ve known about Out of Print Clothing for a while now, but the other day was the first time that I had heard of Classic Coup Tees.  The literary-based t-shirts featured on these sites are just too cool not to write about.  I have my eye on about 8 of these babies!  I can’t wait to be representin’ my girls Harper Lee and Jane Austen… not to mention, my boys Salinger, Fitzgerald, and Thoreau.  Check ’em oooooout: 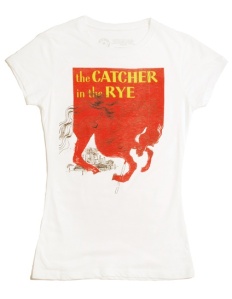 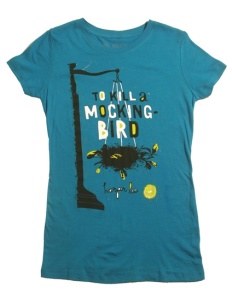 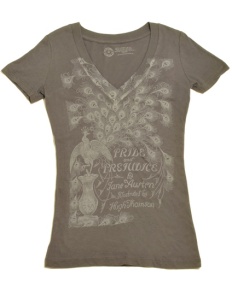 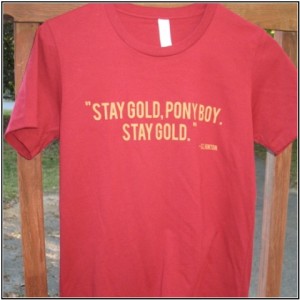 OH MY GOSH.  I know that I wrote about those B&N Leatherbounds and their fabulous covers a while back, but I’ve been obsessing over Coralie Bickford-Smith and her genius for far too long, and I just have to share.  The woman is positively brilliant.

Smith is an award winning book cover designer and has created several acclaimed series designs for Penguin Books.  She’s actually the Senior Designer over at Penguin UK, a fact I learned by reading this really cool article/interview all about her.  It discusses everything from her day-to-day duties at Penguin to her inspirations and ideologies as a designer as well as her current and future projects.

I’ve copied my favorite quote from the article:

“Creative inspirations include Paul Rand, Romek Marber, Karel Martens, Alan Feltcher, loads of people. I just try to collect as many books and examples of great design as possible and build up a big collection of stuff to look at and get inspiration. I also love ebay for collecting things that catch my attention. I have collections of strange objects that inspire me: plates, retro plastic kitchen objects, fabric, etc. Inspiration can come from anywhere, not just printed stuff. I love interior design as inspiration – I’m always making notes of colour combinations I see, as colour is really important to me in my design.”

Smith has been working on several series, each completely distinct and wonderfully creative in its own right.  The first two series were the Clothbound Classics (a few of which are shown above).  Then there’s the Boys’ Adventure Series:

She’s also designed collections called the Gothic Horror Series and the Sherlock Holmes Series.  Probably my favorite though is the F. Scott Fitzgerald Series, a few of which are below:

A lot of the links I’ve used are to Smith’s own website, but this one is to the Penguin UK website where one may see Clothbound Series in its entirety (the biggest series by far) and with prices (granted, they are in pounds…).  I’ve seen a few available on Amazon too, though.  I’m so madly in love.  And now you are too.  You’re welcome.